Design and lead a nation!

Participants are divided over various states and represent the government of the nation. It is up to them to make their nation prosperous and its population happy. They do this by acquiring the best assets (schools, hospitals etc.) for their state. To acquire assets, the states need to be in possession of three items. These can be acquired by negotiating with the other states. To achieve their goals, then, the states depend on one another! As soon as the states have bought their assets comes round two, in which they actually build up their state with ‘Kapla blocks’ on a huge map.

In this Management Game you not only have to work together within your own team, but you also have to communicate clearly and make sound agreements with other teams. Various incidents threaten the prosperity of the state, but through efficient cooperation between all states, the nation can be saved from extinction!

Recognise it? Build Your United Nations Game as a metaphor!

Companies often consist of different teams and departments. They are connected by a common business goal, but each team also has its own tasks and targets. In the implementation, however, the teams depend on one another. That can create friction. With The Nation Building Game as a metaphor for your business (different states, one nation, one goal), the participants learn that collaboration is something quite different from ‘working together’. Collaboration requires trust, openness, thinking across borders and integrity in weighing up between their own interests and the common interest.

Want to play the Build Your United Nations Management Game as an organisation? Then contact us without obligation. Customizing is also possible! 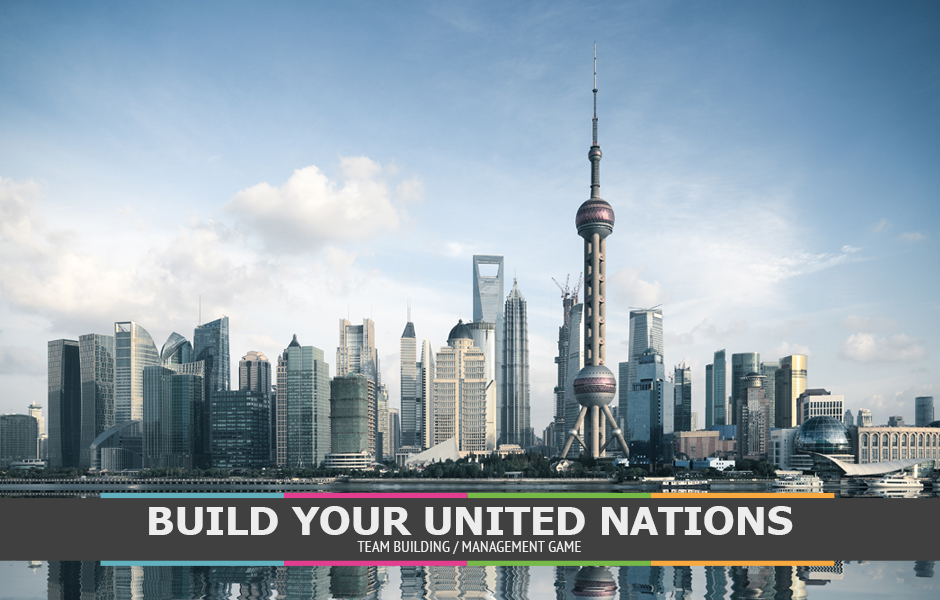 We have developed a number of proven and interactive game models for any training goal. We regularly develop customized Management Games too. We can do that in two ways: On the one hand by inserting your content in our existing models. On the other hand, we stay constantly in motion by developing unique customized concepts that fit perfectly with your processes. Completely geared to your needs and your learning goals! See below some examples of customized concepts that we’ve developed for our customers.